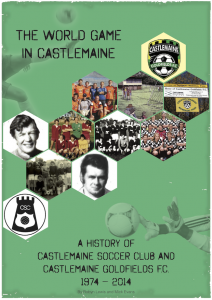 “It is documented that on 22 September 1855
a game of football was played between miners and troops at the Commissioner’s Camp on the Castlemaine goldfields.
…
Football had arrived in Central Victoria!”

Team of the century