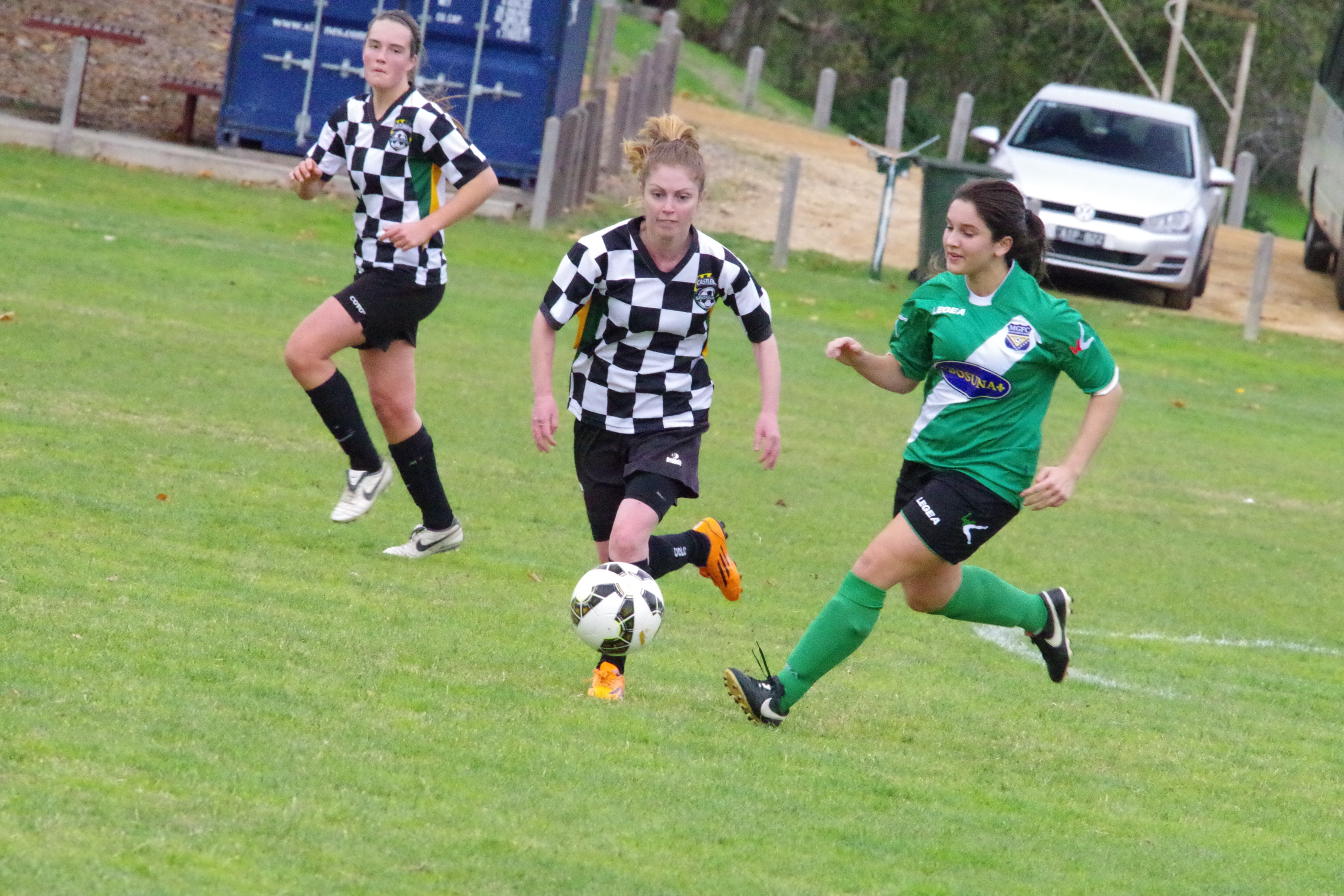 Castlemaine Goldfields Women’s match was a torrid, tense 90 minute ordeal for both players and spectators. After initial nervousness at being the replacement goalkeeper, Lyn West turned in a sterling performance displaying a cool, calm head when the ball was laid back to her from her own defenders and when she was asked to meet a Maribyrnong Green’s forward at the top of the box. She was supported by Kate Forrest who ran down opponents frequently and distributed the ball accurately to her wings. Rachel West tackled brilliantly all match, virtually stealing the ball from forwards and turning defence into aggressive attack.

Edwina Reid frequently threaded the ball out of the middle and gave the running Bridget Woods a number of shots at goal and crosses to Hetty Moysey and Haneko Mueller, none of which found their way into the net.

The second half saw Michelle Duffy working hard all over the pitch dispossessing opponents, having several shots on goal and taking the corner kicks. When Ruby Huzzey was tripped just outside the penalty area the consequential free gave Castlemaine another opportunity. Sarah McCoombe and Audrey Butt Merton combined well to keep the ball in Castlemaine’s half and force several more corners. Lyn made a timely sliding save and also deflected a threatening shot, which she was then able to catch right on the post, to deny Maribyrnong a  goal. There were several heavy clashes and heated exchanges which referee Eli Flavell kept a lid on. Julie Rudner was unlucky not to get a touch into goal when she ran down the Greens keeper who was slow to respond to a ball that rebounded over everyone’s head from Eve Merton. Rachel West also collided heavily with the keeper in the last minutes, in a desperate attempt to score. Injury time was taken by the keeper making the half seem incredibly long and the nil all result was final.