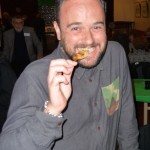 As the 2016 season draws to a close I would like to thank the entire Castlemaine Goldfields Football Club for what has been a fantastic opening to my time as President. From the Players competing across the state in various competitions and consistently representing the club in a shining light, to the parents and families who ensure the players are supported in taking the park each weekend, the coaches and managers who work tirelessly all season to ensure the teams are put in the best position to have fun and succeed both in terms of team results and, more importantly, in acquiring ever greater skills and the support network behind the scenes ensuring the canteen, grounds and facilities are the envy of clubs across Bendigo and teams visiting from Melbourne and surrounds.

Across the Junior teams I have enjoyed watching all age groups apply themselves on the field and am regularly humbled by compliments from opposing coaches, officials and parents on our teams’ in terms of their fair play, teamwork and skill.

Our Small-sided program, generously sponsored by Waller Reality, continues to be a great introduction to the sport and the club, supporting 100 young people as they build skills in the game. The success of the program was further evident in the resulting record level of players in the Under 10 age group made up of graduates of the program, seeing us field 3 teams for the first time.

We again fielded 2 sides in the under 12 and under 16 age groups and added a 3rd team in the under 14 age group this season, providing football for even more young people in the region as the sport’s popularity continues to grow.

At the conclusion of the season we saw the U12A’s progress to a Preliminary final and our two under 14B sides take part in the Semi Finals with 14B White, runners up in the Championship, progressing to the Preliminary final only to be narrowly edged out.

Our Senior Women enjoyed a competitive season again and we have seen an emerging interest in the sport from the community, with the club providing popular social soccer opportunities for women.

As a player, coach and administrator of this club I can say on all levels I have greatly enjoyed the season and I sincerely hope everyone at the club feels likewise.

We have already begun the work on making 2017 an even better year at Castlemaine Goldfields FC and I extend a warm welcome to everyone in the club community to join us in making it so.

Finally my deepest thanks goes to the CGFC Committee for their tireless work and support over the year and for their support in my first year as president ensuring it was truly an honour to hold the position. I look forward to further growth in all areas of the club in the year to come.